This is not an advocacy site. We neither promote nor oppose medical male circumcision. The aim of this website is to provide accurate information on male circumcision based on the best available scientific and medical evidence, and to provide counter arguments to some of the bogus claims and accusations made by those opposing the procedure, and to expose the tactics that are often used to scare and intimidate those who think differently. This will help those considering the procedure, whether for themselves or their sons, to make an informed choice. It also provides a resource for medical professionals and for debunkers of pseudoscience confronted with the misleading anti-circumcision propaganda that now swamps the internet.

“Intactivists” and their Methods

Over the last few decades, and especially with the advent of the Internet, people who oppose circumcision have organized, and formed a movement called “intactivism” (the idea being that an “intact” man still has a foreskin). Its followers, who call themselves “intactivists“, have spread misinformation and lies about the procedure, and sought to frighten prospective parents into not circumcising their infant sons.

In the past few years the methods and overall tone have become that of actively bullying and threatening people who dare speak up in favor of the procedure, e.g. by labelling them as child molesters, “knife rapists”, “circumfetishists” etc. The targets of these hate campaigns include parents, medical practitioners such as paediatricians, and medical researchers whose findings contradict the intactivists’ beliefs. Alarmingly, even death threats have been issued.

In addition they are also trying to indoctrinate men who have been circumcised by telling them that they have been “mutilated” and that their sex lives have been ruined because the circumcised penis is “less sensitive”.  They have particularly targeted vulnerable men, who may be psychologically fragile, in this way causing additional and unnecessary mental anguish. In fact it is their stated aim to make men upset because it draws them into the movement, as well as scaring parents into not circumcising their sons. They have even set a target: 600,000 resentful U.S. men. This is not only completely bogus from a medical point of view, but also very dangerous from a psychological one. Tragically, the man in the link was driven to suicide because of this.

Whilst not wishing to tar all with the same brush (there are some in the movement who dissociate themselves from the bad behaviour, and some who have left it altogether because of it), the noisy, belligerent intactivists are the ones who have come to dominate. But, all too frequently, even those who eschew such conduct still buy into the intactivist propaganda machine and uncritically spread its lies and pseudoscience, thereby causing harm.

The tactics have become so out of control that a group of concerned people, including pediatricians and other medical professionals, have had enough, and have started their own online campaigns to alert people to this behavior, and to fight back. One such site is http://www.circumcisionchoice.com/ and its accompanying Facebook page.

Likewise, it was the alarming bad behavior, and the spread of pseudoscientific claims that are not supported by the evidence, that led a small group of concerned individuals, some with scientific backgrounds, including in medical science, to create this site, coincidentally at about the same time as CircumcisionChoice.com but independently to it.

Given the size to which the Intactivist monster has grown, the sheer number of its spurious claims, its growing army of devoted followers, and their tenacity and determination, countering them is immensely time-consuming. Our efforts are voluntary, unpaid, and in our own limited time. We would welcome new contributors! If you have knowledge of this subject, and feel you can contribute something useful, let us know via the contact link in the top right corner. All contributions will be peer-reviewed. Contributions by medical professionals are especially welcome. And if you agree with our efforts, and have a website or blog of your own, please link to us. Intactivism is dangerous and needs to be countered.

Some useful reminders from CircumcisionChoice.com to keep in mind: 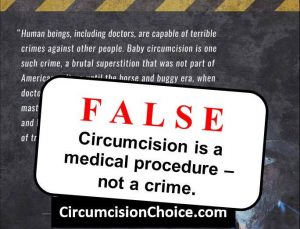 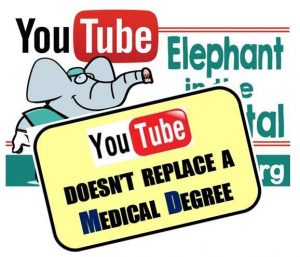 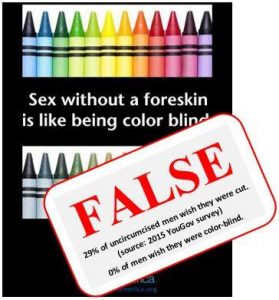 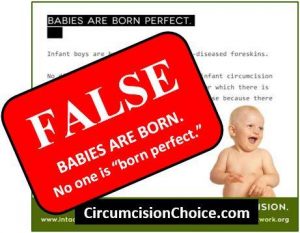 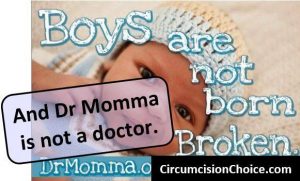 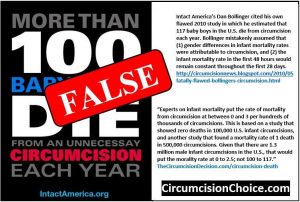 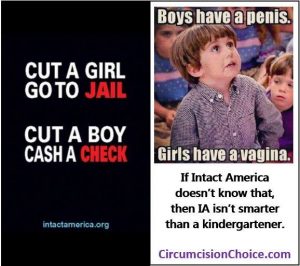 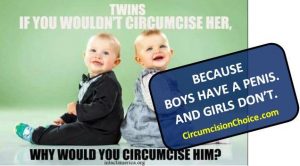 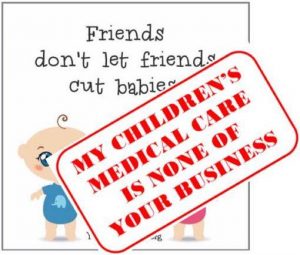 In a blog article posted in 2015, the case was argued for circumcision, and why it is a good thing.  A very interesting comment regarding the popular inactivist myth that circumcision ruins a man’s sex life because the circumcision somehow lessens the sensitivity of the penis states that:

There is a popular hypothesis that because the foreskin has 10,000 to 20,000 nerve endings, any removal of it must affect sensitivity. It makes sense and it’s worth investigating. Unfortunately, it’s that investigation aspect that many in the anti-circumcision crowd don’t like; for many, the hypothesis is conclusive. Occasionally, though, they may point to a study or two they incidentally find – so long as it supports their beliefs, of course. These studies (which are usually actually just subjective surveys) sometimes indicate decreased sensitivity in circumcised men. Other times, they show just the opposite. (The anti-circumcision crowd ignores those.) Mostly, though, they show statistically insignificant differences. Moreover, the better studies and meta-analyses out there show the same wash. Since science operates on bodies of evidence rather than individual studies – if you can’t repeat your data, it’s bullshit – the correct conclusion here is that not only is there no body of evidence that circumcision decreases sensitivity, but there is actually an active body of evidence which shows it has no effect.”

1. The section “Function and Sensation” has been updated, see “Circumcision removes half the skin of the penis” which debunks this very often used claim as bogus. The introduction has also been updated.

2.  In the section “Risk and Complications” the claim that circumcision causes psychological damage is addressed and debunked.

3.  You can comment on any material on the site by posting a blog entry in the “Blog” section.